Why did they go to war?

The Ibbott family lived at ‘Osborne Villa’, 57 Chalk Hill, Oxhey, a house high on the bankside on the corner of Villiers Road, which still stands today. Arthur Pearson Ibbott was a secretary and accountant to an investment company and he established a small independent Baptist Chapel in Oxhey, where he became the superintendent. His daughter, Grace, was an art student and all his sons attended Watford Grammar School for Boys. 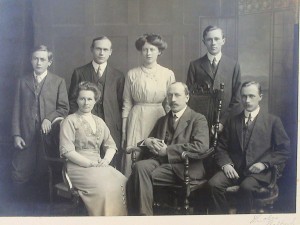 When war was declared, Arthur David Ibbott, his eldest son, immediately enlisted as Private 26046 with the Bedfordshires, later transferring to the Loyal North Lancashire Regiment. He was killed in action on 3 September 1916, aged 25. His younger brother, Bertram Charles Ibbott, joined the Machine Gun Corps as Private 85380 and died of wounds on 16 July 1917, aged 21. 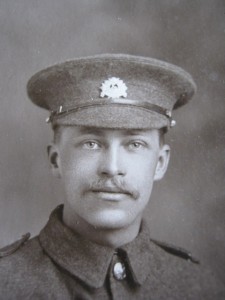 Arthur David Ibbott has no known grave and is commemorated on the Thiepval Memorial to the Missing in Belgium, which bears the names of more than 72,000 officers and men, the majority of whom died between July and November 1916. 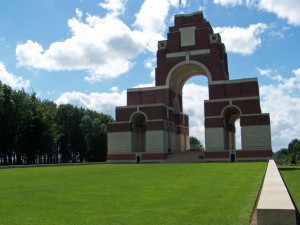 In 2006, James de Souza, great grandson of Claude Ibbott, went with a school party from Watford Grammar School for Boys to visit the battlefields of Ypres and the Somme. James, aged fourteen at the time, described finding the name of Arthur David Ibbott, his great grand uncle, on the Thiepval Memorial:

As I walked up the hill to the memorial I thought about what I expected to see. Because the name I was looking for was a relation of mine, someone I shared a bond with, I saw it as being special, not just for me, but for everyone. Part of me expected his name to stand out from the rest, perhaps in bolder writing or highlighted, but of course, it didn’t. His name was on face 11A of the memorial, in the second column, near the centre, just another name in a sea of soldiers to be remembered.

In 1919 Arthur Pearson Ibbott, my great, great grandfather, in his grief at the loss of two of his sons, wrote ‘In Darkest Christendom’, a book dedicated to their memory. As we stood by the Thiepval Memorial to the Missing, this extract was read out and I thought about the death of Arthur David Ibbott and how it had affected generations of his family right down to me:

‘My three sons of military age, loathing war like the devil, offered themselves. The revulsion of sentiment, if it can be called revulsion, which led these peace-loving lads to volunteer for war, is easily explained. They were simply satisfied that it was Britain’s duty to adopt the attitude she did, and, that being so, they must not leave it to others, they must offer themselves. Of the two who were accepted, the elder one trained and fought, and kept continually in touch with home, till there came a long spell with no letters, and then an official intimation that he had been posted as ‘missing’ after a certain engagement. For ten long months hope struggled against despair, till we had to admit the reasonableness of the presumption finally taken by the authorities that he had been killed. Then, as we meekly bowed our heads to the will of God, on a bright summer afternoon when everything spoke of peace and our hearts seemed for a moment to have found rest, came the dreaded yellow envelope from the Field Post Office, with the news that the younger one had been struck by a shell, and breathed his last ere the day was out.’ 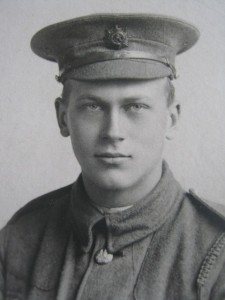 Courtesy of James de Souza of Oxhey and Jill Ibbott of Watford Heath, daughter-in-law of Claude Gordon Ibbott, the youngest member of the Ibbott family.

« Poppies of Remembrance / Plaques as Commemoration »